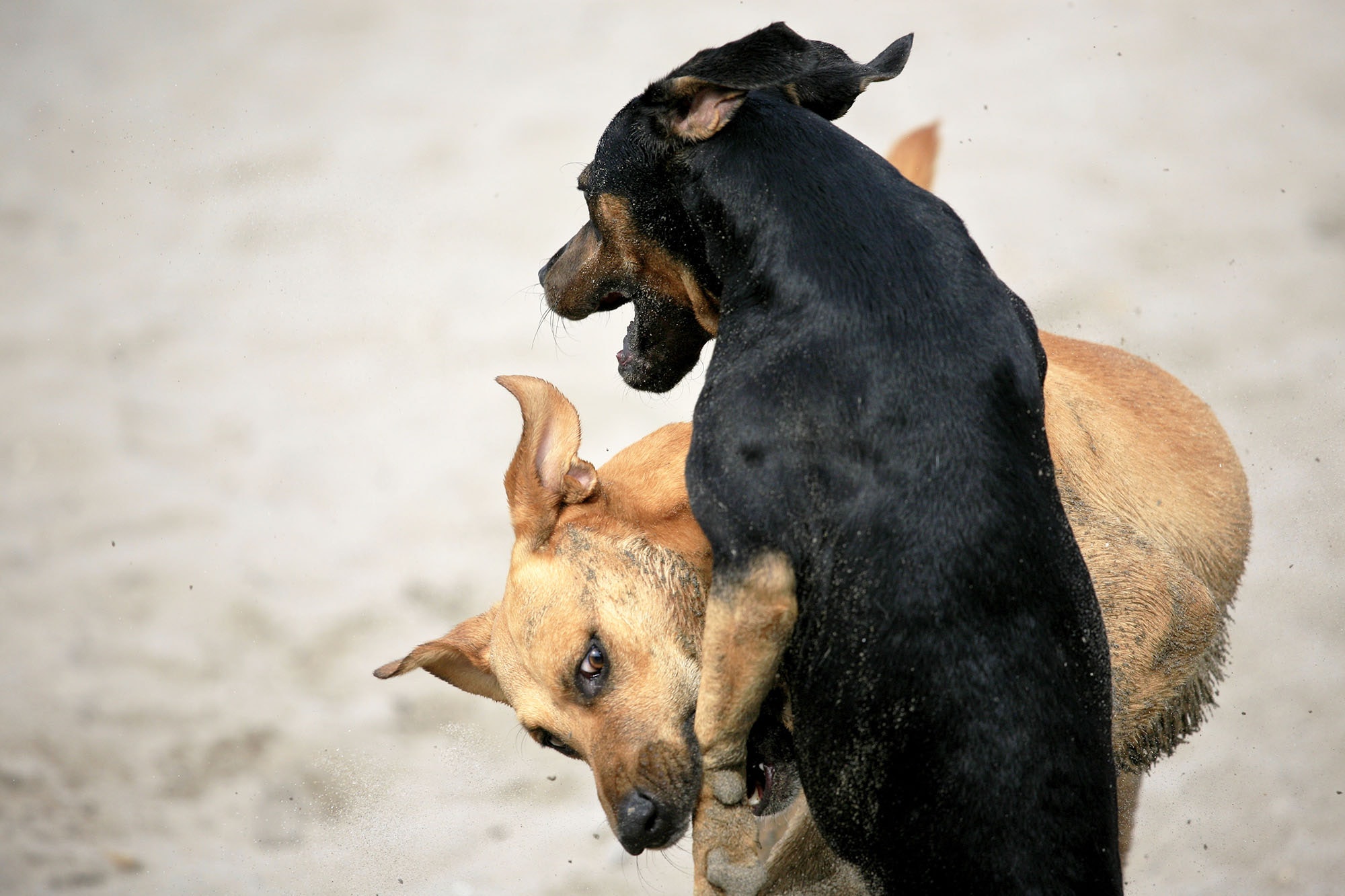 I have always thought that if you want a really vicious guard dog, the best way to achieve this is to have a family dog that loves its family. When I was a kid we had a big old dog – a male, black lab and golden retriever mix – named Chester. Chester was a good old dog, and he loved his family. He was never hit, occasionally scolded, and was trained in the old school method of rewarding him with food when he learned a new trick, or sometimes simply performed an old favorite. This old family dog, that had never had a single minute of attack training, was absolutely vicious when one of his family was attacked.

When I was young – maybe 10-years-old – my brother and sister and I were walking down a hill, past our neighbor’s house, to go fishing. The neighbor had her daughter visiting from Minneapolis, and the daughter had brought with her the guard dog that she had spent a whole lot of money having trained to attack anyone who broke into her house or threatened her in any way. For some mysterious reason, this attack dog – Kojak – felt that three children, walking several hundred feet away from the house, were a threat to his mistress. Before we knew what was happening, this huge dog was racing straight for us, teeth bared and clearly on the attack. I knew that one of the three of us was going to get hurt, if not all three of us, and there was no way around it. Then, out of the corner of my eye, I saw old Chester come racing from out of nowhere. Chester was not a young dog at the time – he must have been 7 or 8 – and had long since been neutered. But Kojak was attacking his family and he was having none of it. The end result? Kojak – who was considerably larger than old Chester, and younger – returned to his mistress bleeding and in need of several stitches. Old Chester did not have a scratch on him. Kojak’s owner – a lunatic named Linda – was extremely upset about the incident. She was not upset that her dog had tried to attack three young children. She was upset that her expensive, extensively trained purebred dog had been beaten to a bloody mess by an old, untrained family mutt.

Over the years, I have seen many similar examples of protective family dogs. These dogs have no more formal training than being taught to sit through the use of edible bribes, and yet they will put their own lives at risk in order to protect their families.

The moral of this story? If you want a vicious attack dog, save yourself a lot of time, money and heartache by simply loving your dog and treating it well.