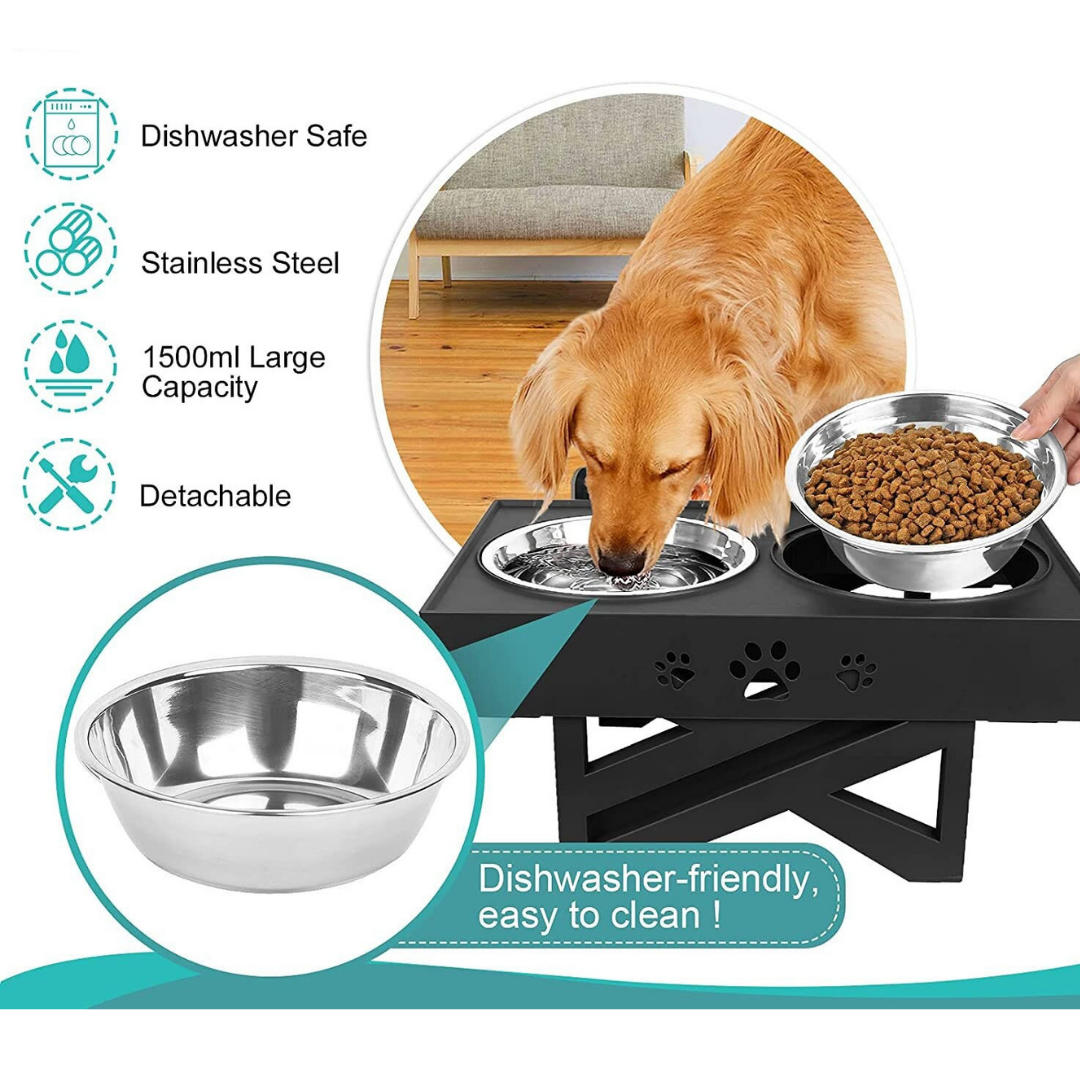 There was a time when dog owners were told that raised dog bowls were an excellent way to feed their dog. Then suddenly they were told well “maybe not” which led to a controversy between top breeders and those responsible for the study.

Is It Safe to Use Raised Dog Bowls For Large/Giant Dog Breeds?

It is the opinion of many that a study conducted and published by Purdue University back in 2004 which led to the controversy in the first place, doesn’t have much to stand on. The goal of the study was to find out why Great Danes and other large and giant breed dogs are so susceptible to the deadly “Bloat” or “Gastric Torsion”. Bloat is when the dog’s stomach fills with gas, distending itself while Gastric Torsion causes the dog’s stomach to actually twist itself due to the build up of excessive gas.

All dog owners must understand that at the first signs of bloating, it’s critical they act immediately. This is a deadly condition with no time to waste and every dog owner, no matter what the breed, should familiarize himself with the symptoms and prevention tips.

Purdue’s study managed and still manages to scare those that do not fully understand how they came to their conclusion. A conclusion that knowledgeable breeders of large and giant dogs completely disregard as nonsense that dogs should not be fed from raised dog bowls. Before this study, Purdue along with almost every book on large and giant breeds, indicated that these dogs must be fed from raised dog bowls.

Purdue’s study goes against everything that top breeders and those who know the dogs best, were taught. It goes against their own knowledge of these dogs and what works for them. Educated breeders no longer contribute money towards this project. Instead they have focused their attention on the atmosphere within the gut, better quality dog food and nutrition and the use of probiotics. It is believed that the overall number of bloating cases in large and giant breeds has decreased in the past 15 years because of this.

While Purdue might consider their information as factual, their study lacked explanation. It was a statistical study, not research combined with hard facts, an opinion established by those who conducted the study. What makes this study even more troubling is that many innocent dog owners may be taking a big risk based upon this opinion.

There are many reasons believed to contribute to the deadly “Bloat” in dogs. However, according to the professionals who have bred and raised these dogs, feeding from a raised dog bowl just isn’t one of them.

There is much more as to why the Purdue Study is so controversial and why dog owners of particularly large and giant dogs should read further.